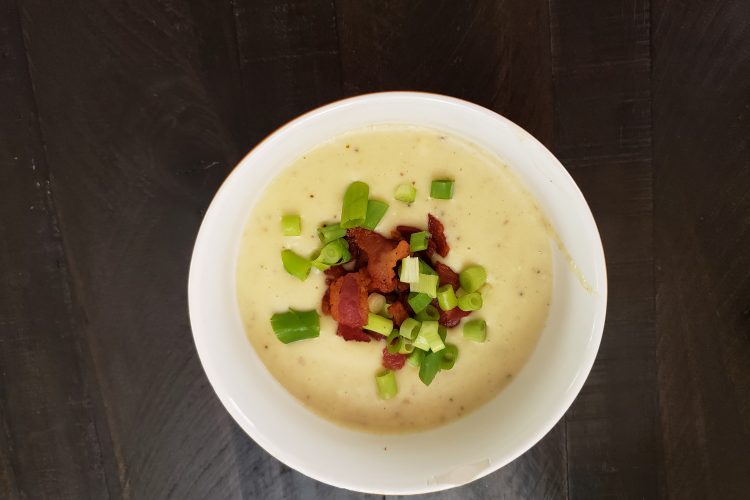 I love potato soups and this is my favorite recipe.  It is based loosely on one of my first true kitchen mentors Revonia Scott from The Frying Pan in Southern Maryland.  When I was first hired as a dish washer between my freshman and sophomore years of college she was the head cook. She had over 50 years of cooking in restaurant kitchens.

I quickly took more of a cook role and learned many things from her. I will always credit her in recipes that take something from her teachings. 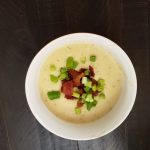